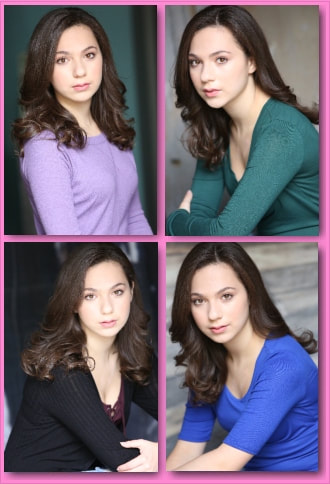 Hi all, Becca here! Thanks so much for stopping by to check out my site!


I’ve been working professionally since I was 8 years old and am a SAG-AFTRA member and EMC. Some of my favorite performances were being a part of the Godspell Cast of 2032 on Broadway, the New York Music Festival, Equity Theaters, readings for new musicals, the Apollo Theater, Carnegie Hall.


In 2019, I had the honor of receiving the Marion Sager Youth Memorial Award and becoming a Roger Rees Award Finalist for Best Actress through my portrayal of “Dorothy Gale” in The Wizard of Oz.


Aside from theatre, I’ve recorded voiceovers for animated TV shows and commercials, have been in network TV shows, and films that appeared in the Tribeca Film Festival and the Cannes Film Festival.


I love to do it all! Reach out to me with any and all opportunities! Hope to hear from you soon!